Snorkeling is simply a must for visitors. Here's a quick guide to marine life in Hawaii's near-shore waters—and how to interact with it. 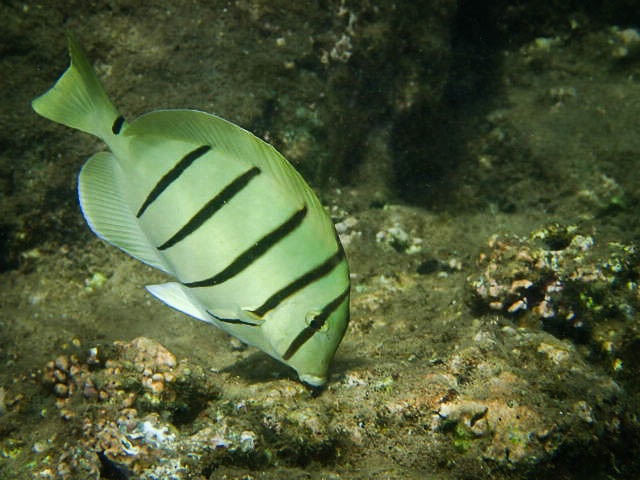 About 25 percent of Hawaii’s fish species are endemic. That is, they are found in Hawaii and nowhere else in the world. Hawaii’s isolation encourages endemism. As fish species made their way to Hawaii—usually floating on the currents during its larval stage—they adapted to their new environment in ways unique from their ancestors. Milletseed butterflyfish and saddle wrasse are two common fish that you won’t find snorkeling elsewhere on the planet. Even within the Hawaiian archipelago, you’ll find fish common around one island that are considered rare at another island. The bandit angelfish, for example, is regularly seen off the near-shore waters of Kauai but only at deeper depths elsewhere. The Kona Coast of Hawaii Island is famous for its masses of yellow tangs. Interestingly enough, Hawaii’s State Fish—the Picasso triggerfish, also known as, humuhumunukunukuapuaa—is not endemic to Hawaii. 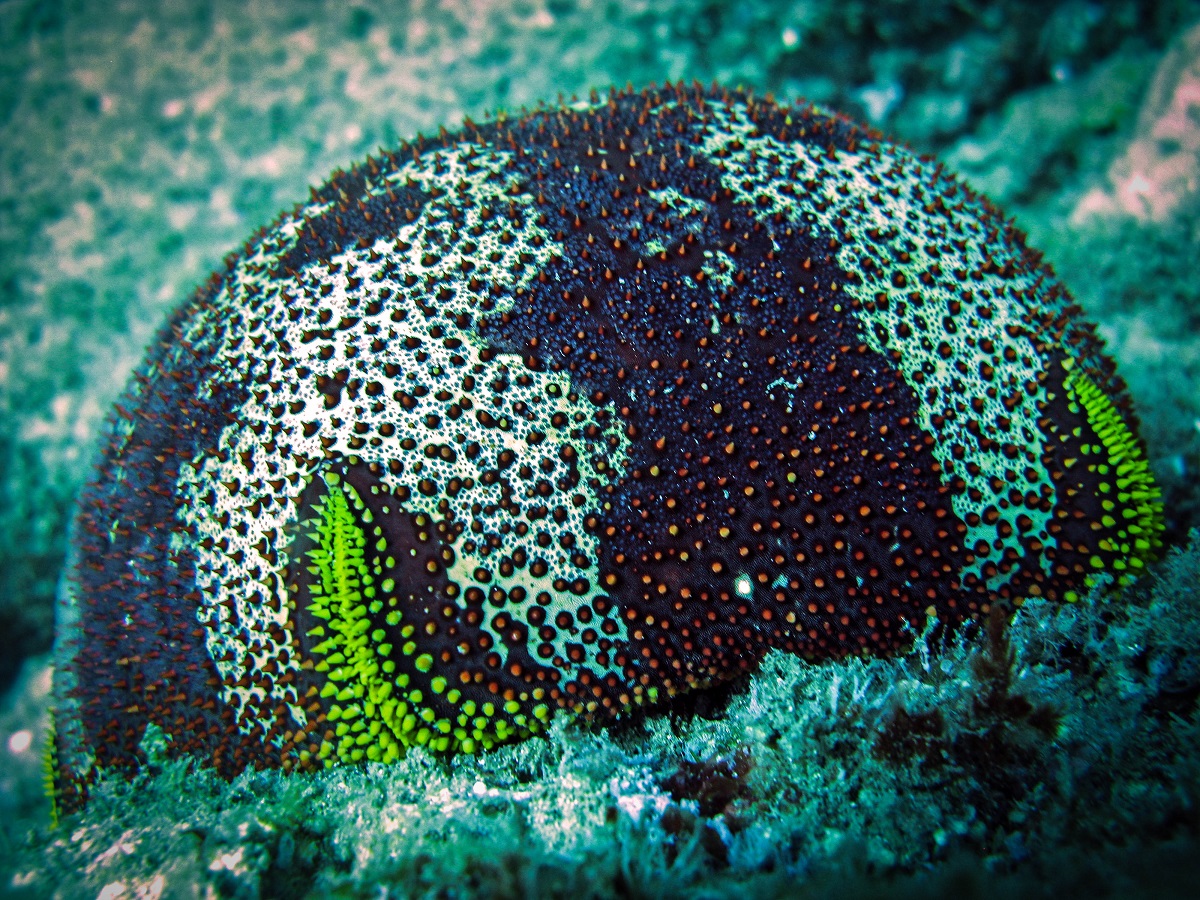 We’re talking anything without a backbone here: lobsters, crabs, octopuses, shrimps, snails, sea urchins, and sponges. About 20 percent of Hawaii’s marine invertebrates are endemic. One of the species of invertebrates for which Hawaii is well known is its cowries—the reticulated cowry is commonly found along rocky coastlines. Invertebrates inhabit the coral reef environment and tide pools and are generally most active at night. 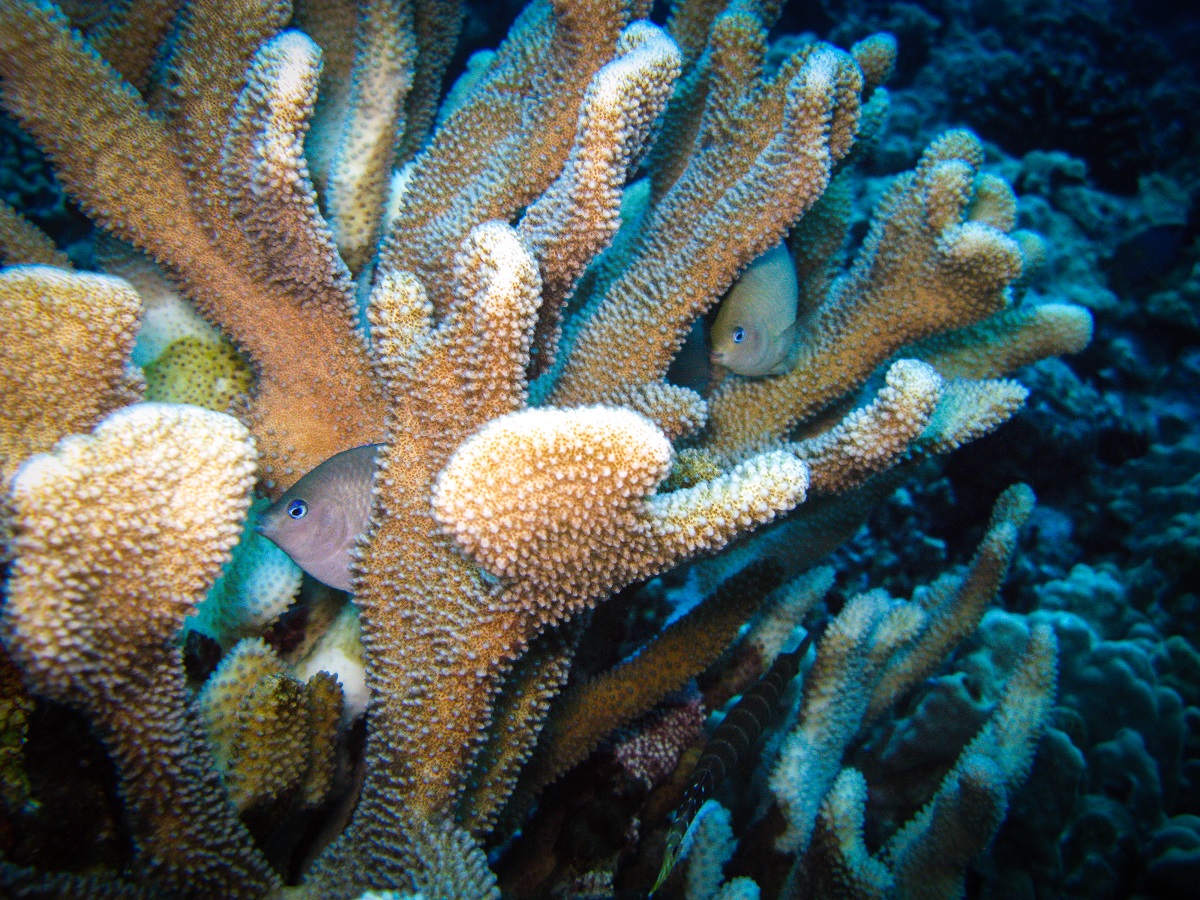 The corals of Hawaii are not made up of the purple and pink and vibrant colors seen elsewhere in the world. Scientists say it’s due to the relative youth of Hawaii’s volcanic islands. There are really only a half-dozen Hawaiian corals commonly found throughout the main Hawaiian Islands. As such, a rocky sea floor with scattered, low corals is typical. Hawaii Island’s Kona Coast has the greatest concentration of near-shore coral species. 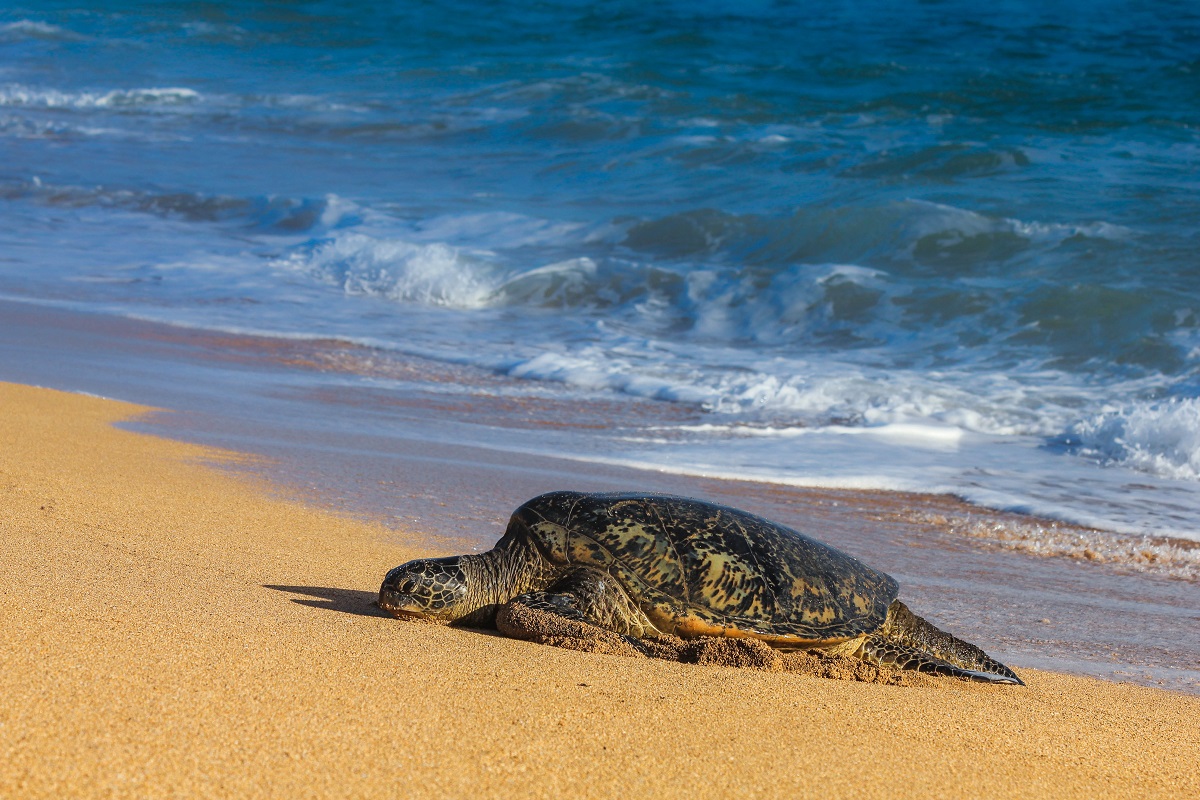 First and foremost, do not touch, chase, “ride” or interact with any marine animal. Many of Hawaii’s marine species are endangered, and this action could be ruled a “take” and a violation of the Endangered Species Act. Also, in order to keep wildlife wild, please do not feed any wild animal, either, from small reef fish to a monk seal. Numerous of Hawaii’s marine life hauls out on the sand—for example, turtles and monk seals. This is a natural part of the animal’s ecology, so it’s not necessary—and may be harmful—to urge them back into the water. A “no disturbance” policy is a good rule of thumb in wildlife watching, whether under water or on land. This includes dolphins. Interacting with dolphins during their rest phase may alter their behavior and make them more vulnerable to predation by sharks. If you do come upon an injured, entangled and/or expired marine animal, please call 1-888-256-9840.

Sea turtles have been around longer than the Hawaiian Islands themselves—over 100 million years. In Hawaiian culture, they have almost mythic status, and some Hawaiians consider the honu their ancestral guardian, or aumakua. The species’ name reflects the color of the turtle’s fat, a result of a herbivorous diet. Revered as turtles were, their numbers precipitously declined until 1978 when the green sea turtle was protected under the Endangered Species Act. After a monumental comeback, it’s no longer unusual to run across turtles while snorkeling or taking a walk on the beach. And while most lay their eggs in the remote Northwestern Hawaiian Islands, a few have started to nest in the main Hawaiian Islands again. 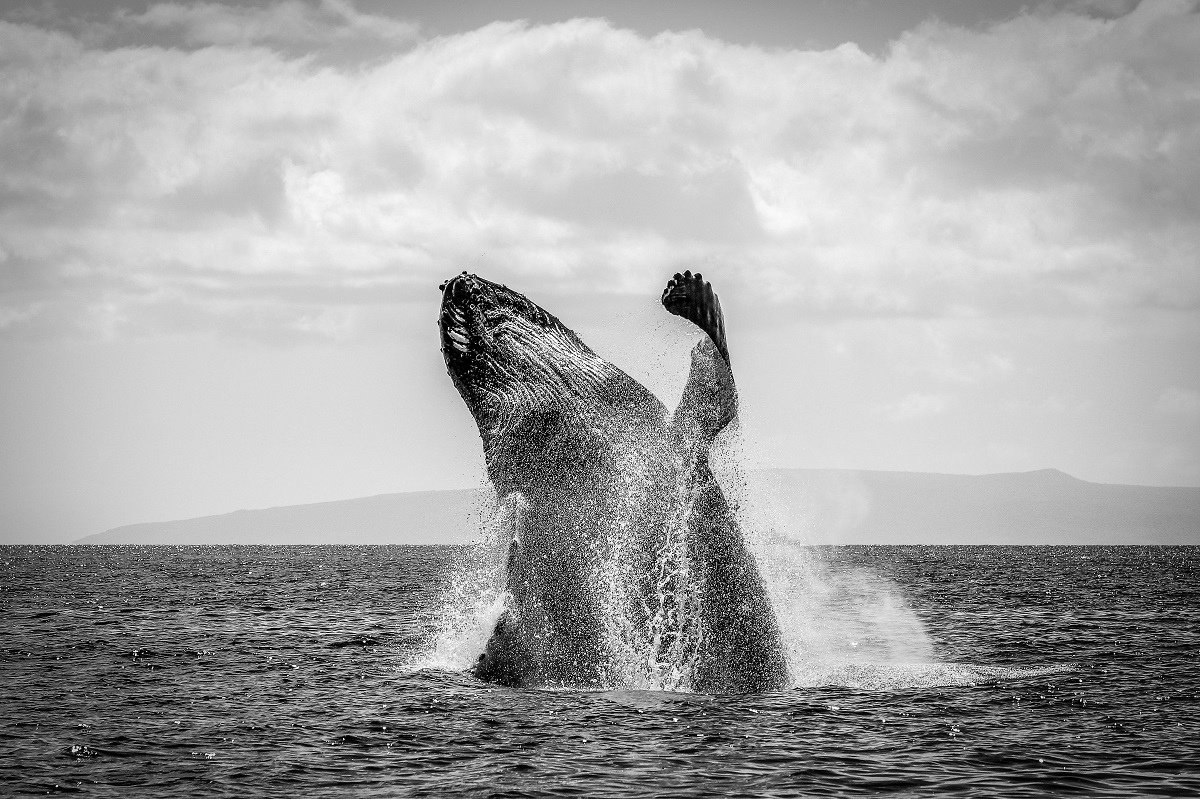 Another testament to the Endangered Species Act, each year, more and more Humpback whales migrate from Alaska to Hawaii during the winter months. Females make the month-long journey to give birth in the warm, shallow waters of Hawaii—where very few of their predators venture. The males follow the females in the hopes of breeding. While humpbacks can be found throughout the archipelago from Hawaii Island to Kauai, greater concentrations are found in the sheltered waters between Maui, Lanai, and Kahoolawe. The best months for whale watching are January through March and while it’s highly unusual to encounter a humpback while snorkeling or diving, there is a chance you might hear them under water. For years, scientists have documented the complex and changing song made only by males. Why they sing is a bit of a mystery, although one hypothesis is the song communicates with other males in a way that encourages cooperation or competition in mating activity. 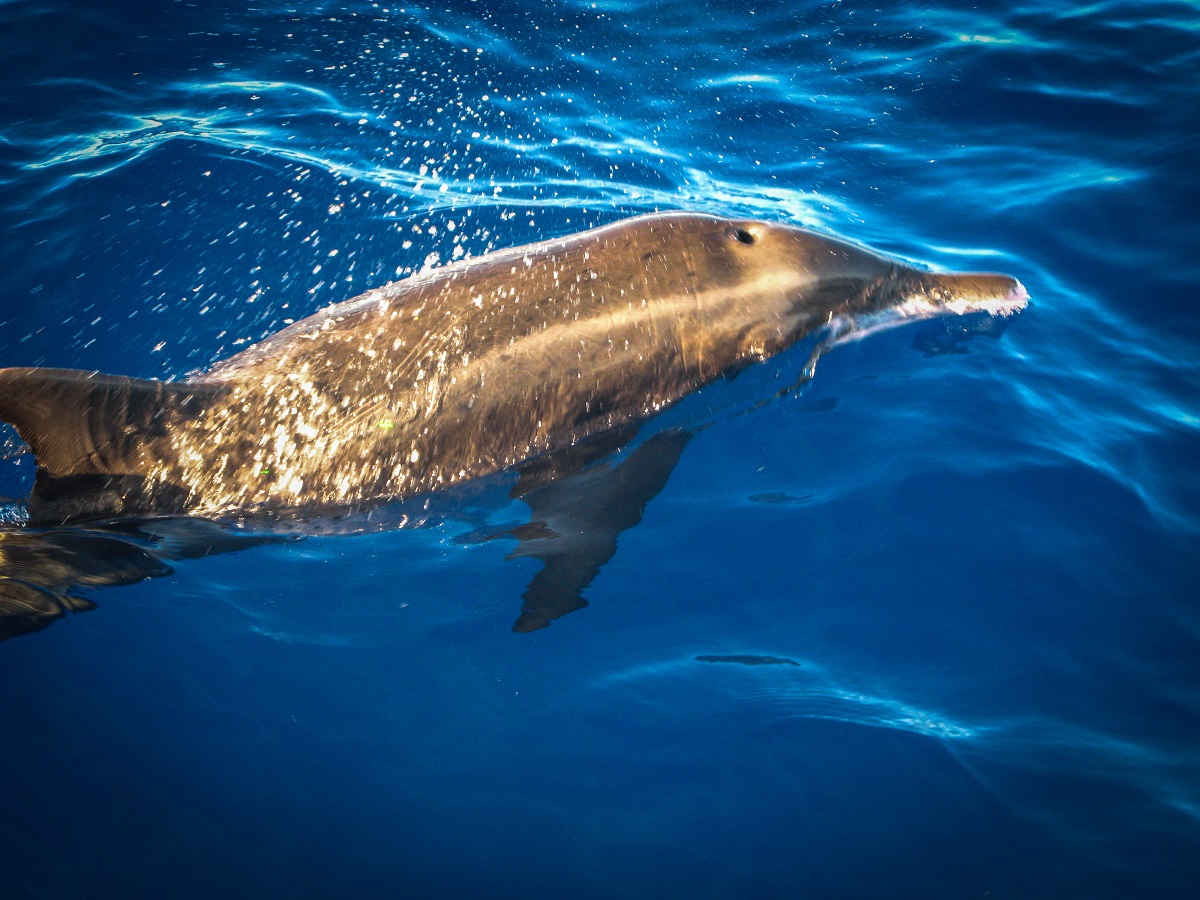 Hawaii’s spinner dolphins forage far offshore at night, so they can often be seen during daylight hours resting in near-shore, sandy-bottom bays where they swim on “automatic pilot,” as halves of their brains alternate between rest and wakeful states. This allows them to surface for a breath of air. As dolphins go, this species is rather small, growing from four to seven feet and weighing between 100 and 165 pounds. They have long, narrow beaks, and distinguishing coloration—their dark grey dorsal side gives way to medium-grey flanks and a light grey belly. Scientists recognize individuals based on the unique shape, nicks, and notches of their dorsal fins. 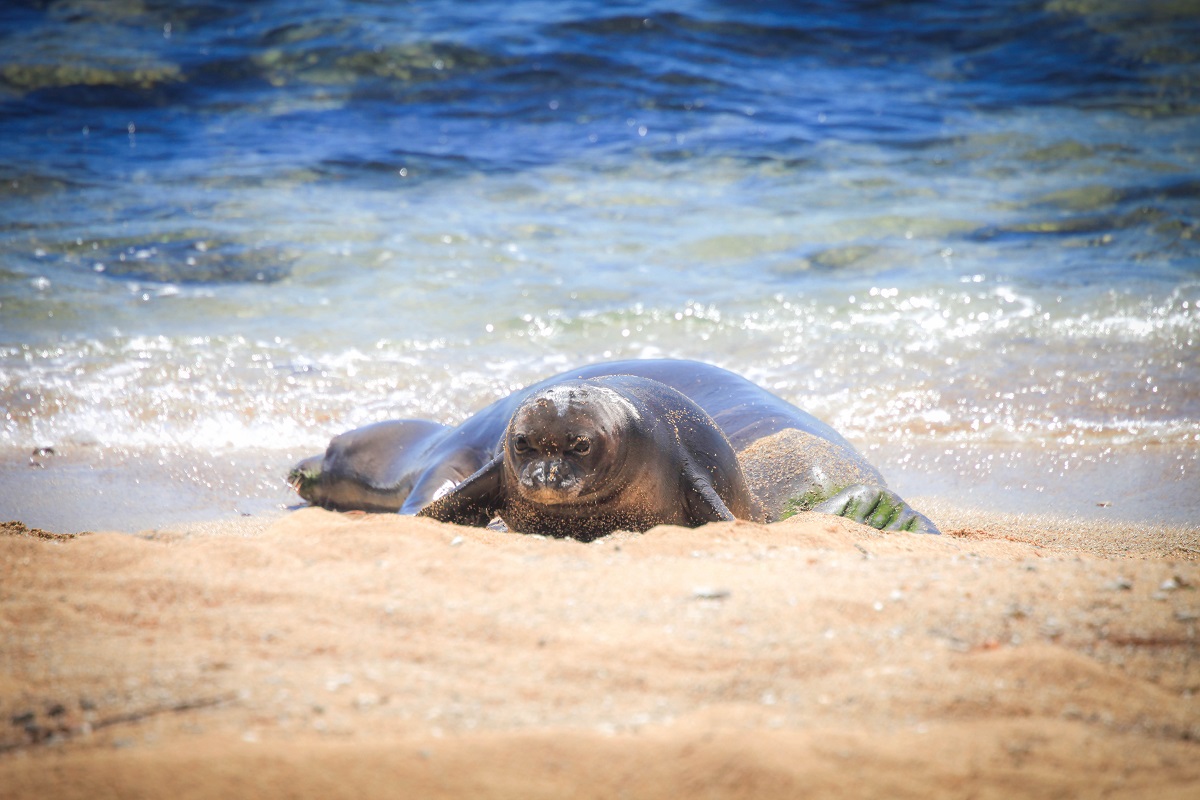 The Hawaiian monk seal is one of the most endangered marine mammals in the world, with an estimated population of 1,100. Hawaiian monk seals do not live in colonies like sea lions or elephant seals. While clumsy on land, their streamlined bodies are built for plying the ocean’s waters, where they spend two-thirds of their lives, foraging for days and, even, weeks far off-shore before returning to land. On average, monk seals hold their breath for six minutes and dive some 300 feet below the sea’s surface to find food, although they can hold their breath as long as 20 minutes and dive to depths of 1,500 feet. The majority of monk seals live in the chain of low-lying islands that make up the Northwestern Hawaiian Islands, but approximately 15% of the total population can be found in the near-shore waters and on the beaches of the main Hawaiian Islands, in particular Kauai, Oahu, and Molokai. 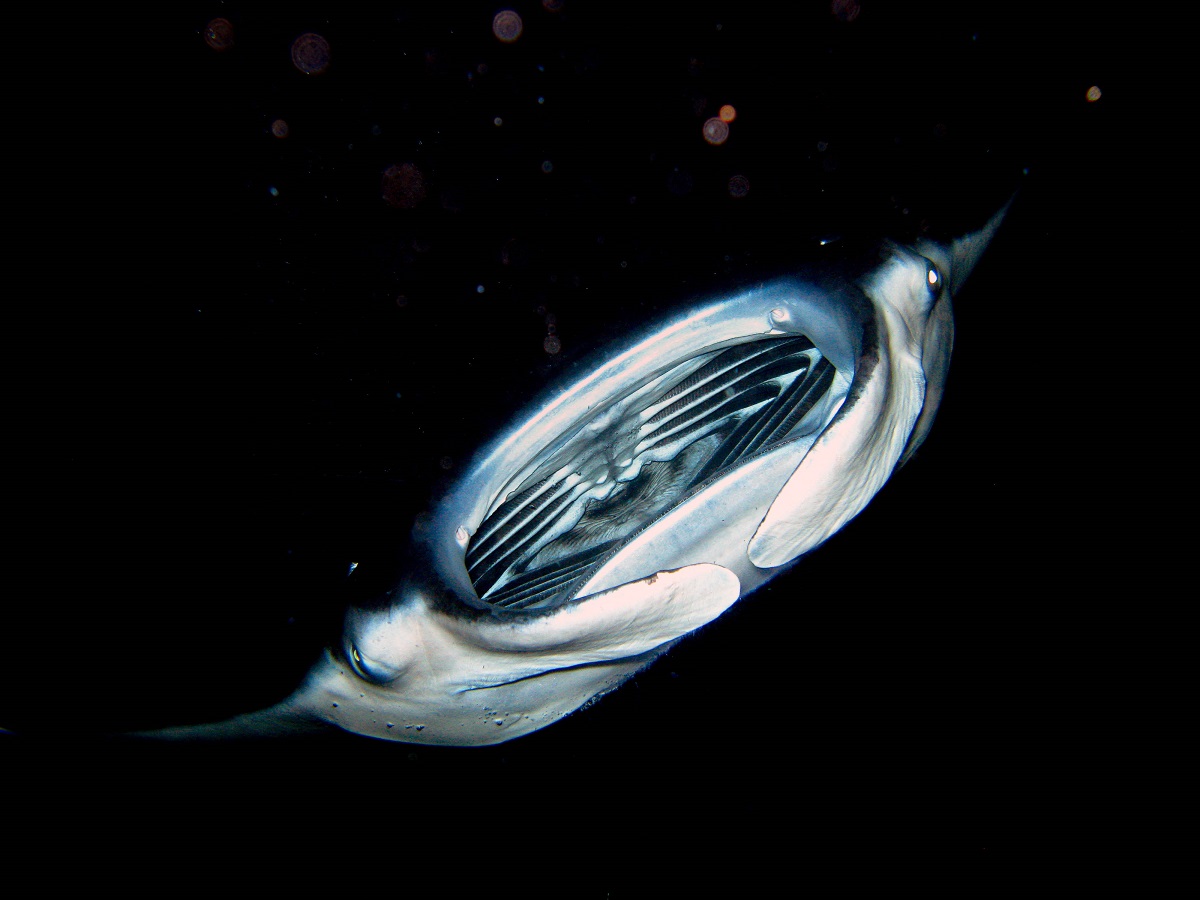 Yes, the waters off Hawaii have its share of sharks just like any other ocean, although the majority snorkelers and divers will see under ledges and around the reef are non-aggressive. The Hawaiian word for shark is mano. In traditional times and even still today, certain sharks were believed to embody the spirit of family ancestors as aumakua, and were given offerings of food. Cousins to the shark, the skeleton of manta rays is also made of cartilage. Manta rays grow to 15- to 20-foot wingspans and are filter feeders, eating plankton. They do not have a stinger and are not common on the reef. The much smaller spotted eagle ray with a six-foot wingspan has been known to frequent certain reefs in small groups.

Jack McCoy Jr.'s love for surf movies leads him to his life's work

In the village of Milolii, the next generation is learning to live from the sea in the old Hawaiian way

These nighttime tours on Hawaii Island get you up close and personal with these peaceful giants.

A Perfect Day on Oahu

An enjoyable to-do list of activities, indoors and out.