For anyone about to visit the Hawaiian Islands for the first time, or those in need of a refresher, here’s a round-up of answers to the most Frequently Asked Questions on Hawaii travel.

When Is the Best Time to Visit?

Escape the crowds by visiting in February, September and November; these are the months when Hawaii has the least number of tourists.

With welcoming weather, anytime is a good time to visit Hawaii, however, specific experiences are seasonal. Big wave surfing hits Hawaiian shores between November and February, humpback whales make appearances from December until April, and October to November are the most popular for foodie festivals and events. 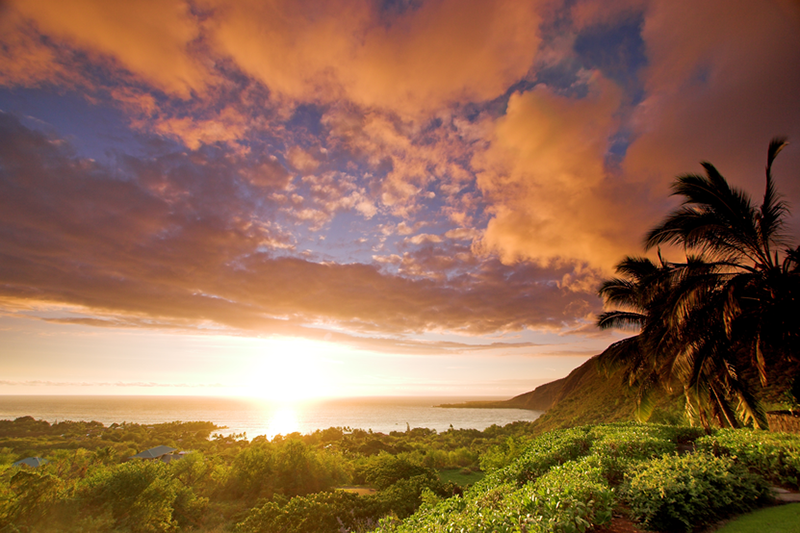 How Long Should I Stay?

New Zealanders on holiday stay longer in Hawaii than most, an average of nine days. Try and spend a minimum of five nights on any one Island and visit at least two Islands per trip. This timeframe allows travellers to explore multiple regions with ample time to engage in some of the many land, sea and air tours and activities available.

Which Hawaiian Island(s) Should I Visit?

To help tourists decide which Hawaiian Island(s) best suits their travel style, it’s beneficial to explore the unique traits of each one. 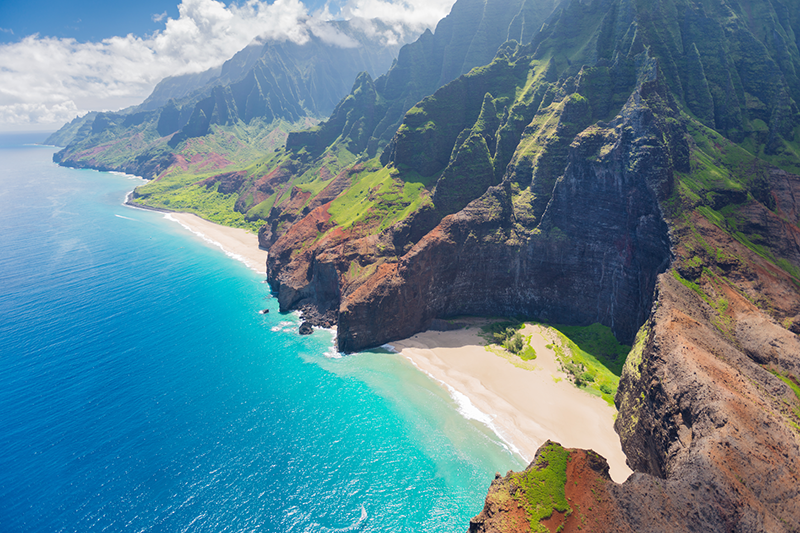 Starting from the top, Kauai is the northern-most and oldest island. It’s rural, peaceful and visually breathtaking. Expect a little rain, that’s what keeps the landscape so green and tropical. Go here to escape the crowds, relax and unwind. It’s well-suited to couples on their honeymoon and people who enjoy being in the Great Outdoors. Two bucket list items are seeing the Na Pali sea cliffs (on foot, by boat or air) and exploring the mighty Waimea Canyon. If you’re looking for nightlife, Kauai’s not your best option. 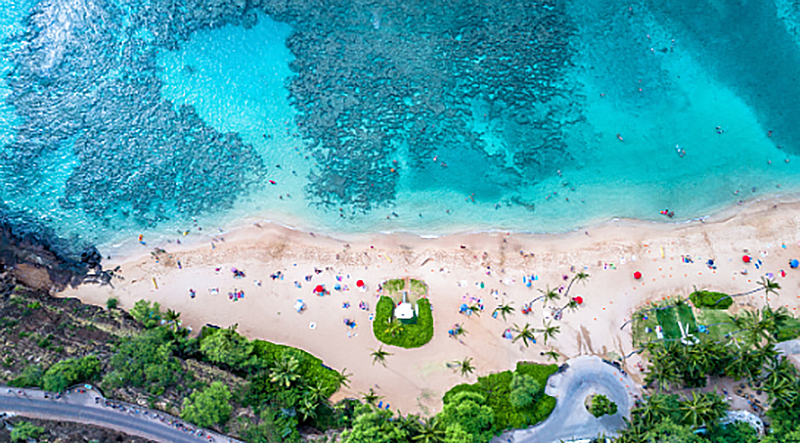 Next is Oahu, home to the capital city of Honolulu, beachside neighbourhood of Waikiki, and the North Shore’s famous surf breaks. Beyond the sun, sand and surf find the best shopping, wining-and-dining, entertainment and nightlife. With major attractions like Dole Plantation, Pearl Harbor Historic Sites, Diamond Head State Monument, Hanauma Bay Nature Preserve and Polynesian Cultural Center, there’s something for everyone. If you love history, arts and culture, Oahu tops the list. 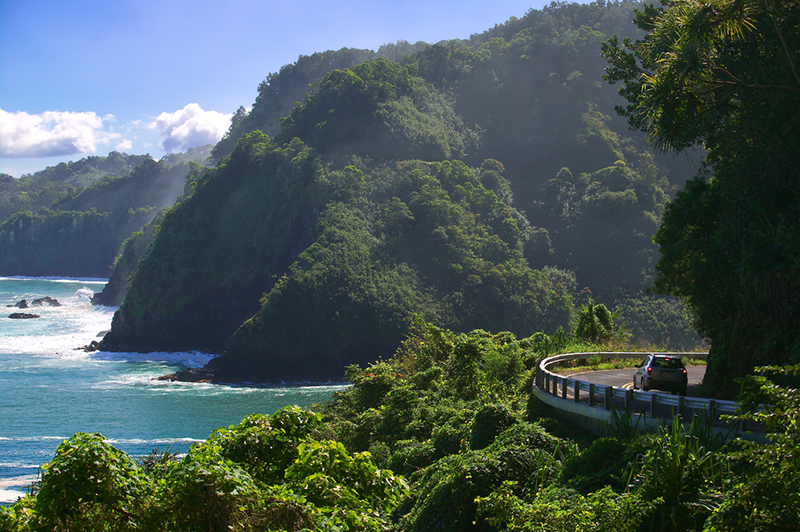 Maui County follows suit, a triad of Islands, Maui and nearby Molokai and Lanai.

Golden beaches, swaying palm trees and a chilled-out vibe encapsulates Maui. The coastline is dotted with next-level resorts, and its small towns are full of character. People gravitate towards Maui for romantic celebrations, but family-friendly adventures can be found too. Take Hawaii’s most-scenic drive along the Road to Hana and see out-of-this-world sunrises and sunsets atop Haleakala. For water enthusiasts and creative souls, Maui is a dream come true.

Molokai has a significant Native Hawaiian population and retains a traditional way of life. It has few hotels and no traffic lights, and that’s the way the locals like it. 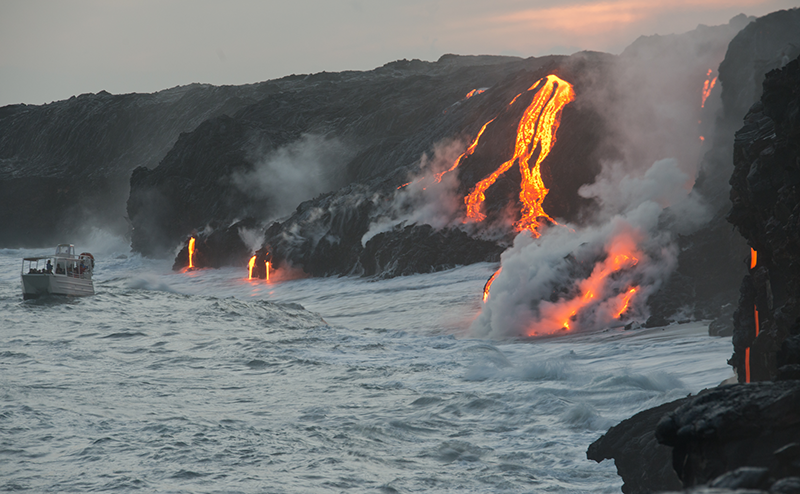 Anchored southern-most in the archipelago is the Island of Hawaii, the youngest and largest Hawaiian Island. Highlights include Hawaii’s only active volcanoes and winter snow atop Mauna Kea, Hawaii’s tallest mountain. With all but four of the world's climate zones, it’s a remarkable destination full of adventure. The Big Island community radiates the aloha spirit and attracts intrepid travellers that appreciate cultural experiences. The sheer size of this island makes it perfect for road trippers.

Where Can I Experience Hawaiian Culture?

Hawaii was once an independent Kingdom and sovereign nation until it was controversially overthrown by American colonists, later becoming the 50th US state in 1959. The Native Hawaiian culture and aloha spirit can be felt across the Islands. Experience it on Oahu at these cultural attractions. 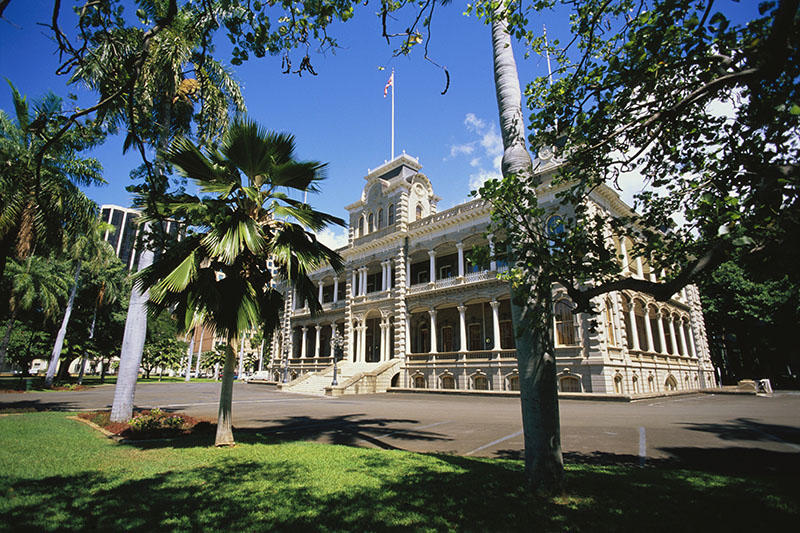 Iolani Palace was built by Hawaii’s last King, David Kalakaua in 1882, it served as the residence of Hawaii's last reigning monarchs and is the only royal palace on U.S. soil. If you're after insight into the history of Hawaii and its people, consider a visit.

Bishop Museum has one of the largest ethnology collections of its kind, consisting of more than 77,000 objects with historical/cultural ties to the Pacific. Follow the journey of Native Hawaiians, learning how they navigated by the stars and discovered Hawaii, before settling it and forming the Hawaiian monarchy.

Hawaii has two official languages, Hawaiian (the mother tongue) and English. You’ll notice Hawaiian in place names, on street signs and menus, and will hear it in Hawaiian music and many common words and phrases spoken in Hawaii. The Olelo Room at Aulani, a Disney Resort is a lounge dedicated to celebrating the Hawaiian language. Olelo means to converse or speak, and this is a great place to listen to Hawaiian being spoken by friendly bartenders and to refine your pronunciation.

For an authentic food experience eat traditional Hawaiian food. Dishes like Pork Lau Lau, Kalua Pig, Poi, Squid Luau, Chicken Long Rice, Lomi Salmon and Poke are unique to the Islands and loved by the locals. Dine at Highway Inn, a fantastic Hawaiian-style restaurant. Ask for the Malihini (Newcomers) Guide; it provides an introduction to this interesting style of cuisine and explanations about each food item.

Do I Need a Valid Visa for Hawaii?

The Electronic System for Travel Authorization (ESTA) Visa Waiver Program allows citizens or nationals of 38 countries, including New Zealand, to enter the United States for the purposes of tourism (for a period of up to 90 days) without requiring a visa if they apply and are approved. Beware of fake websites, the official ESTA website is https://esta.cbp.dhs.gov/esta/ and costs US$14 per person. Apply no later than 72 hours before departing for America; real-time approvals are no longer available.

What Is Tipping Etiquette?

Tipping is customary in America, and giving a gratuity (gift of money) in exchange for service is expected. This can be a daunting task for Kiwi visitors unfamiliar with this practice, but there’s no reason to worry, follow these tipping guidelines.

Any Special Laws in Hawaii I Should Know About?

Visitors must also take heed of the Distracted Walking Law that came into effect in 2017. Anyone caught crossing the street on Oahu while texting or using a digital device can be fined.

Shoppers need a photo ID to purchase alcohol in Hawaii's supermarkets and liquor stores, no matter what age they are. Most bars also won't serve you an adult beverage unless you show proof of age. The legal drinking age in Hawaii in twenty-one.

Be sure to use “reef-safe” sunscreen. Hawaii was the first US state to outlaw the sale of sunscreens containing chemicals harmful to coral, oxybenzone and octinoxate.

Hawaii’s culture is underpinned by the Native Hawaiian philosophy of aloha. In 1986, The Aloha Spirit Law was passed requiring all Hawaii citizens and government officials to conduct themselves with aloha.

A Surprising Fact About Hawaii?

Hawaii is a melting pot of many different cultures. Native Hawaiians have been there for thousands of years and were joined more recently by English missionaries and other peoples who arrived in the Islands during the plantation era to work in the sugar and pineapple fields. Around 40 per cent of Hawaii’s current population is of Asian descent. You’ll find a mix of multi-ethnic backgrounds from Native Hawaiians and other Polynesian groups such as Samoans, Tongans and Tahitians, as well as Japanese, Korean, Portuguese, Chinese, Filipino and more.

Should I Book Things to Do Before I Go?

At the very least you should pre-book your must-do Hawaii activities, tours and experiences, and here’s why:

If you happen to be doing a weather dependent tour like a helicopter flight or whale watching cruise, pre-book it for the start of your holiday. This way if the tour cancels due to poor weather, you have the flexibility to reschedule it for a later day.

Written by Ashlee Galea, an Aussie living in Hawaii who enjoys sharing Hawaii insider knowledge and travel advice on her blog The Hawaii Admirer (thehawaiiadmirer.com).