In olden times, ‘aha‘aina (literally, “gathering for a meal”) marked special events, such as victory in war and the launch of a new canoe. Food was placed on ti leaves set in the center of large lauhala mats on the ground. There were no utensils; the Hawaiians ate everything with their hands. One could tell the consistency of poi by the number of fingers used to eat it: one-finger poi was the thickest.

THE KAPU SYSTEM of laws and rules forbade men and women from eating together, even for such festivities, which sometimes lasted for days. Moreover, women were not allowed to eat certain foods, including pork, coconuts and most varieties of bananas because they were symbolically associated with the male gods Lono, Kū and Kanaloa, respectively, and were believed to bestow special powers reserved for men.

In 1819, King Kamehameha II, who was just 22 years old at the time, broke the kapu system when he shared a meal with his mother, Queen Keopuolani, and Queen Ka‘ahumanu (kuhina nui, or co-ruler). This public abolishment of a centuries-old kapu opened the door for everyone to engage in ‘ai noa (to eat freely, without the observance of taboos) and for Christianity to spread throughout the Islands. 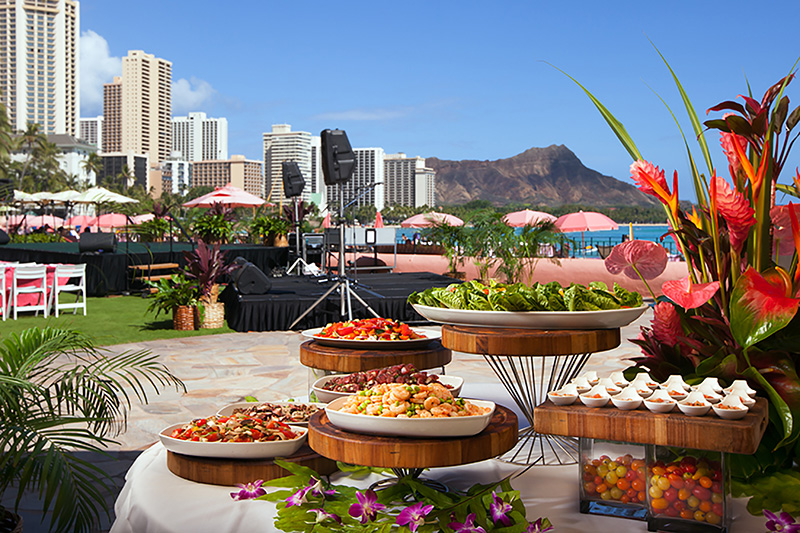 The first known use of “lū‘au” to describe such feasts was in the Pacific Commercial Advertiser in 1856. It isn’t known why the newspaper decided to use that word instead of ‘aha‘aina, but there is a connection. Lū‘au—young taro leaves cooked with coconut milk and often squid or chicken—was a dish commonly served at festive events long ago. Other traditional lū‘au staples include poi, fish, kālua pig, laulau, ‘opihi, limu, breadfruit, sweet potatoes, fresh fruits and haupia. 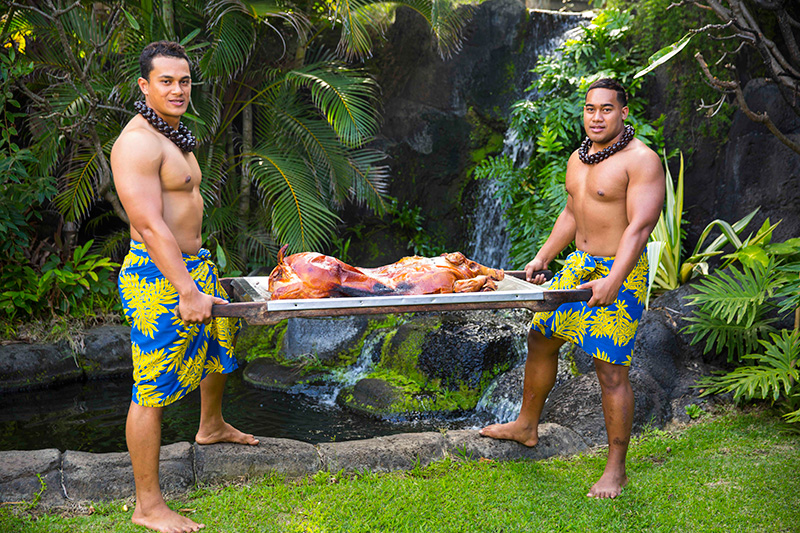 Lomi salmon and chicken long rice are relative newcomers to the lū‘au menu; they were introduced in the 1800s—the former by seamen on trading ships, the latter by Chinese immigrants who came to work on Hawai‘i’s sugar plantations.

Today, kama‘āina celebrate weddings, graduations, their keiki’s first birthday and other happy occasions at lū‘au. Hula and live music contribute as much to the merriment as the camaraderie and good food. Many resorts statewide offer lū‘au, although they also feature foods familiar to the Western palate, such as teriyaki beef, baked chicken, potato salad and cake.


Be sure to try these popular lū‘au in the Hawaiian Islands: